Transformers Discussion: What is the Next Combiner?? 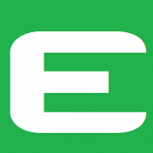 By Enewtabie
August 22 in Reviews