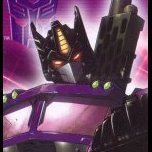 By N-PUT,
September 17 in Reviews